Two commonly misused, and abused, terms are peace and dialogue.

Peace can be described as the end result of a process of synthesis of opposites which inevitably involves dialogue. Why, then, isn’t dialogue always conducive to peace?

a : a conversation between two or more persons
b : an exchange of ideas and opinions
c : a discussion between representatives of parties to a conflict that is aimed at resolution

Conflict resolution is a method for two or more parties to find a peaceful solution to a disagreement among them.

Peace is a synthetic solution to a conflict. For any synthesis to occur in Nature, three factors must always operate. These factors may be labeled in different ways by different people. I label them as Power, Love and Intelligence.

When the balance of power predisposes one party to unfairly impose its will on the other, no peaceful solution is possible until power is surrendered, voluntarily or involuntarily, brokered by a mutually accepted mediator.

The failure of the United Nations as a world governance body is based on a flawed application of a hierarchical balance of power. True, much good has come out of the UN agencies related to education, culture and science. But the UN General Assembly is a good example of ineffective dialogue. And the UN Security Council serves as another good example of ineffective power brokerage. A veto power based on economic strength or military might is not a wise implementation of a hierarchical balance of power. Might does not make right.

The current political and humanitarian crisis in Venezuela serves to illustrate the misuse and abuse of the terms peace and dialogue. The authoritarian regime wants to buy time, again and again, by calling for dialogue in order to impose its conditions for peace, which means staying in power forever in a one party system, as in Cuba. The Vatican and the Organization of American States have attempted to mediate to no avail.  The authoritarian regime won’t allow for a peaceful transition of power even if the majority of the people demands it. The UN Security Council in powerless to resolve the impasse.

So, there are three possible outcomes. 1) The authoritarian regime stays in power forever, incarcerating the opposition without any need for dialogue. 2) The factions in conflict dialogue forever, as the humanitarian crisis worsens, and the authoritarian regime remains in power forever. 3) A military intervention, internal or external, to balance power.

An internal military revolt seems the only viable option to balance power, restore democracy and conduct free and fair elections in Venezuela. However, the Venezuelan military leadership has been corrupted by the Maduro regime.

A new military leadership must emerge, from the bottom up, to enforce the rule of law and a constitutional democracy of the people, by the people and for the people of Venezuela, with the prudent assistance of the international community.  In the meantime, the humanitarian crisis gets worse by the day and the clowns at the UN Security Council keep performing their acts for the entertainment of the spectators.

A bridge is a good metaphor for the constructive work of the New Group of World Servers.

World Servers are bridge builders; their adversaries, such as Trump, Putin, Maduro and Netanyahu, destroy and block them, building walls instead. 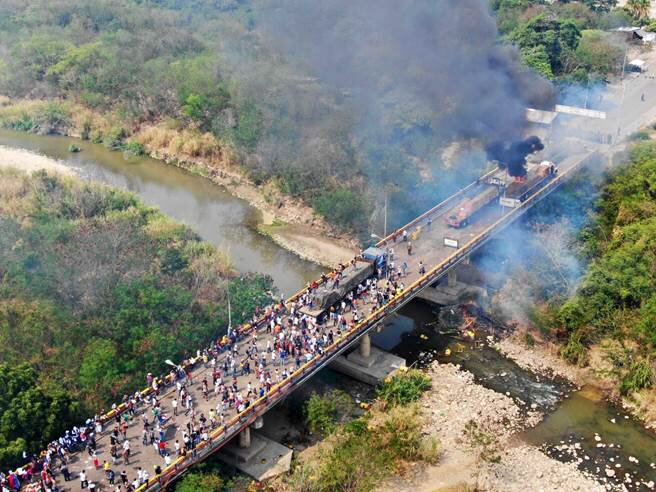 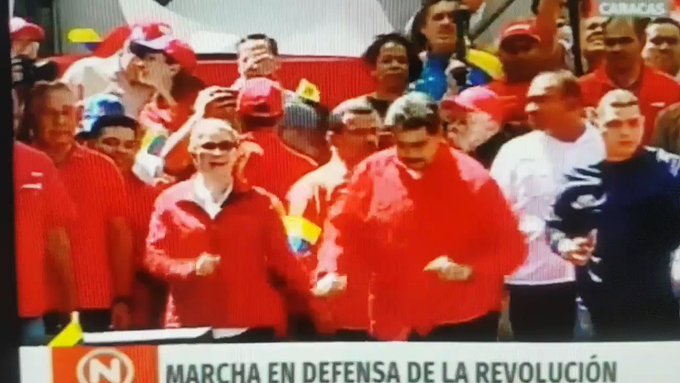 Whose hands should we strengthen?

I am one with my group brothers and all that I have is theirs.  May the love which is in my soul pour forth to them.   May the strength which is in me lift and aid them.    May the thoughts which my soul creates reach and encourage them.

MULTILATERAL INSTITUTIONS AND AN ILLEGITIMATE REGIME IN VENEZUELA

Consider the many ways in which the “power of the one Life” and the “love of the one Soul” are working out in the world through members of the New Group of World Servers, so building the “thought form of solution” to world problems.

Matthew Parris, who coined that “Death Star” description, didn’t stop there. According to Parris, May is a “political black hole from which nothing escapes. Ideas, beliefs, suggestions, objections, inquiries, proposals, projects, loyalties, affections, trust, whole careers, real men and women are sucked into that awful void that is Downing Street”.

British prime minister Theresa May has admitted she will not get a new Brexit proposal in time for MPs to hold a “meaningful vote” this week, amid warnings time is running out for an agreement before Britain leaves the European Union.

Mrs May on Sunday delayed the vote until March 12th, 17 days before Britain is to leave the EU, as her ministers threatened to take control of the exit timetable.

[JB] The POWER of matter is its inertia (resistance to movement), which translates as passive-aggressive behavior in human psychology. Its opposite is the POWER (persistence) of the Will-to-Good.

All political incumbents enjoy the advantage of inertia against their challengers. The power of light (truth) must always challenge the inertia of darkness (i.e., the good we should have left behind).

The French and Italian relationship has deteriorated markedly since the formation of the Italian coalition government in June 2018.

French President Emmanuel Macron is also at odds with the Italian government’s other coalition deputy, Matteo Salvini who heads the right-wing Lega party.

Macron was sharply critical when Salvini blocked ports to prevent the landing of a stranded migrant ship and has previously said that populism in Europe was spreading like “leprosy,” a comment seized on by Rome as a direct insult.

In January, at the height of Gilet Jaunes protests, Salvini said he hoped the French people would soon be able to “free themselves of a terrible president,” encouraging voters to favor French far-right politician Marine Le Pen.

The petulance has even spread to a major doubt over whether Italy will loan France some works by the artist Leonardo Da Vinci for a commemorative exhibition. Da Vinci, an Italian, moved to France where he died.

The showdown turned deadly when security forces fired on protesters near the country’s Brazilian border.

A confrontation loomed on Saturday, when Venezuela’s opposition, led by Juan Guaidó, vowed to deliver tons of humanitarian aid against the orders of President Nicolás Maduro.

Today is an important day for Venezuela and for the Americas. Many have been waiting for this Day of Liberation for quite some time.

All conflicts have two sides, so they say.  Not so when the Allied Forces defeated the Axis Nations in WWII. Not so when the Berlin Wall fell. It was not a partisan conflict then, and it is not now in Venezuela, but a decision between the liberating good and the enslaving evil.

Today another wall may begin to crack:  the Havana Wall of Totalitarianism in Latin America. The humanitarian crisis, acute as it is,  is the outer expression of a deeper cleavage dividing the Americas in an ideological conflict, remnant of the Cold War.

It’s quite unfortunate that the corrupt Trump administration has been allowed to take the lead in forcing a resolution of the Venezuelan political crisis. Neither the Church nor the political left in Latin America have been able to face the challenge. Still, do not believe the propaganda coming from Russia, even if advocated by esoteric students, particularly those supporting Assad in Syria.

The truth is quite simple: the people of Venezuela expressed their will at the latest parliamentary election and it has been thwarted by the authoritarian Maduro regime, backed by China and Russia.  In 2015, the opposition won a 2/3 majority in the National Assembly. It was subsequently nullified by a corrupt judiciary controlled by Maduro. Having finished his presidential term in office without holding free and fair election, the National Assembly, acting in accordance to the Constitution, appointed an acting President to enable a fair election validated by the international community. It is as simple as that.

Do not believe the hypocritical calls for peace and dialogue from Maduro.

Maduro dances on national TV as national guards fire tear gas and plastic pellets at crowds trying to move humanitarian aid into the country along the Colombian border pic.twitter.com/4u4zEHDixi

These two words have been abused and devalued by the Maduro regime, remotely controlled from Havana to protect its oil interests in Venezuela. Once Venezuela falls, Cuba will follow suit.

The esoteric community must not be divided over issues amenable to spiritual discernment. It’s not a matter of partisan politics, left (Maduro) or right (Trump); it’s about discerning the good that should be left behind as humanity strives toward its freedom: the freedom of speech, the freedom of religion, freedom from want and freedom from fear.

A  new era of peace for the Americas is possible. The externalization of the planetary spiritual Hierarchy and the reappearance of the Christ would not be possible until a minimum of social justice, freedom and peace is restored in Venezuela, in the Americas and throughout the whole world.

From: “Jose E. Becerra”
Date: February 7, 2019 at 4:26:40 AM EST
Trump, May and Maduro comprise a Triangle of Unreason in current world affairs. Putin is implicated in each vertex of the triangle fostering disunity as part of a renewed cold war attempting to disintegrate Europe and the Americas (the Pan American ideal).

The other Lodge also works in triangles, triangles of darkness and hatred. They must be neutralized. Only the Will-to-Good emanating from Shamballa can accomplish this.

The humanitarian crises, looming in the UK and already factual in Venezuela, are just the effect of deeper causes. We must work to mitigate the effects, and also work to negate, prevent and destroy the root causes of the problems of humanity, among them the underlying root cause: self-interest, individual and national, the original sin of humankind.

The Leo Aquarius axis is the perfect time to address the transition from mass to individual to group consciousness. JB